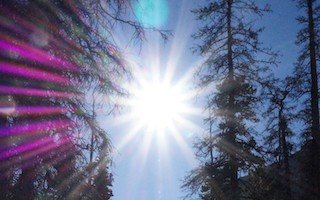 You are That which you had been searching for. Our True Identity is the pure being Oneness of Divine Love. Spirit is One.

The End of the Search is the recognition of Self. Such is Enlightenment. Such is Pure Being, the Eternal Nature of Life in Source. All glory to the One. Home is in the Heart. The Heart of Love. There is no need to seek outside of Self, for Know ThySelf is all there is to Know.

“Nothing real can be threatened.
Nothing unreal exists.
Herein lies the peace of God.”
-Introduction to A Course in Miracles 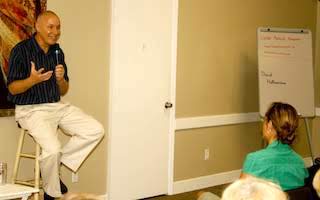 It is important to have examples of practical spirituality and demonstrations of the state of mind that transcends the ego (the false self).

Listen in to hear the teachings from one of the best nonduality teachers and the examples that you need to discover the truth within.

Read and Watch
Read, Watch, and Listen
Listen In

David Hoffmeister, modern-day mystic, began his journey to spiritual awakening in 1986 when he encountered A Course in Miracles (ACIM) and recognized it as the tool he had been seeking for a radical transformation of his mind and perceptions.

In the early years, David studied the Course with passionate intensity, often reading it for eight or more hours a day. After two years of this study, David began to seek the company of other students of ACIM, attending as many as five groups a week. He was startled to find that a Voice was speaking through him with great authority so that many began referring their questions to him.

Among family members, friends, and teachers, David was always known for questioning everything, rather than accepting conventional answers. Thus he was delighted to find in the Course support and encouragement from an inner Voice (Spirit, Jesus, or inner Presence) for his careful examination of every idea, belief, concept, and assumption in his mind. This Presence became David’s internal teacher, answering his every question, guiding him to hand over the day-to-day management of all relationships, circumstances, and events in his life, and providing inner discernment.

In 1991 David was impelled to make another leap of trust and to begin traveling around the United States and Canada, sharing his clarity of understanding related to A Course in Miracles. He followed the inner Voice as he was guided to “become as a child,” allowing himself to be totally dependent on this invisible Presence for money, transportation, shelter, food, and the words to speak in countless ACIM gatherings, churches, metaphysical, and spiritual groups and a host of holy encounters with persons who knew nothing of the Course. 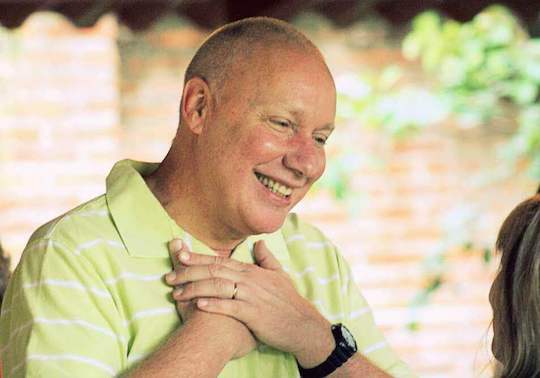 David found that it was his constant joy and peace that was the best teacher in all encounters and that it was this peace that all his brothers and sisters were seeking. In all his years of traveling and sharing the wisdom of this beautiful Presence, David has become a living demonstration of the deep teachings of non duality teachers and A Course in Miracles.

David learned through countless miracles that he could purely trust the Spirit to provide for him and guide him through every moment. Everything he seemed to need or accomplish was given without him making any effort whatsoever. Several hermitage experiences helped David to free his mind from ego chatter and enter into deep silence, where he ultimately experienced the full transfer into this Presence or, as some call, the Awakened Mind.

David was guided to a small house in 1996, which would then be called the “Peace House.” It became a place of quiet and meditation between travels, but also a place where he welcomed those desiring to step back from the world and go deeply within their minds to uncover the Presence within.

David’s time at the Peace House opened a new phase of his ministry as he was guided to acquire computers and use Internet technology for extending these deep teachings that were pouring through him. The result was the making of a number of websites. His main website for The Foundation for the Awakening Mind, today offers a huge array of resources related to A Course in Miracles, non dual teachers, and the metaphysics of Christ.